Human health professionals are typically the first point of contact for people looking to obtain antibiotics or treatment for illnesses in general. As such, you have an important role in ensuring proper usage of antibiotics in human medicine. Find out what you can do here: 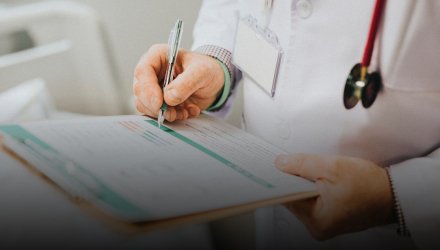 Currently, AMR is responsible for 700,000 deaths worldwide; while this number is shocking enough already, by 2050 the AMR Review 2016 predicts that drug resistant infections will kill around 10 million.

There are four main mechanisms for bacteria to develop antibiotic resistance: inactivation, alteration of the target, circumvention of the target pathway, and efflux of the antibiotic. Additionally, resistance can be developed through the mutation of existing genes, known as vertical evolution (Crumplin  and Odell, 1987)( Martinez and Baquero, 2000), or by horizontal gene transfer, in which the bacteria acquires new genes from other bacteria strains or species (Palmer et al., 2010) (Hegstad et al., 2010) (McManus, 1997).

Horizontal gene transfer can occur by a variety of different mechanisms. Mobile genetic elements, which includes phages, plasmids, and transposons, facilitate the transfer. In some cases, low levels of the antibiotic in the environment is a critical indicator that encourages gene transfer (Jeters et al., 2009) (MedScape).

As standard treatments grow increasingly ineffective, infections are becoming more difficult or even impossible to control which presents a grave threat of infections spreading. The risk of fatality increases when combined with the fact that, with the spread of resistance, illnesses and hospital stays will now be prolonged (WHO, 2014). Information on over-the-counter antibiotic sales are difficult to obtain in many countries and in those where data is available, information is often inconsistent. In the EU, the European Union Council has recommended that antibiotics should be used as prescription only medicines in member states (2002/77/EC); despite this, some areas in Southern and Eastern Europe consume between 20% and 30% of antibiotics without a prescription (Morgan et al., 2011) (AMR Review, 2016).

Hospitals are the main hubs for the development of antimicrobial resistant agents, particularly of the ones critical for human health. Therefore, the control and prevention of healthcare-associated infections (HAIs) plays a crucial role in the effort to contain the spread of multidrug-resistant bacteria within and outside of healthcare environments. However, at the EU level, for example, it is still not legally binding that all EU member states report on the level of resistant infections at the national level through the European Antimicrobial Resistance Surveillance Network (EARS-Net). It is critically important that hospitals have HAI surveillance systems and infection control committees in place to be able to cope with AMR challenges.

While the healthcare sector is often assumed to be the largest source of pharmaceuticals in wastewater, in reality they account for less than 10% by weight (Kümmerer, 2009) (Korzeniewska et al., 2013). The main culprits of the large quantities of pharmaceuticals in municipal wastewater are poor community disposal practices and the excretion of drugs.  Aside from pharmaceutical waste, improper disposal of infectious waste from the healthcare sector is a notable source of the spread of antibiotic resistant bacteria.

Within hospitals and healthcare systems, the food they choose to buy and serve plays an important role in guiding global action that protects public health, the environment, and the economy. Several food ingredients contribute to AMR through their production, processing, and preparation; despite this, the use of antibiotics in food production has largely been unrecognised and pushed aside in favour of other factors influencing AMR.

When an infection has not responded to other drugs, last resort antibiotics may come into play; the frequent use of these last resort drugs in livestock can rapidly increase the threat of AMR and impact our ability to continue to use them effectively in human medicine when they are routinely absorbed in low levels through the food chain. Colistin is used very sparingly in humans as it can cause kidney failure; however, when no other antibiotics have been effective, Colistin is an important last resort (AMR Review, 2016). Widespread use of Colistin in animals has led to resistance in animal pathogens which has concerning implications for human health. A recent study in China has shown the discovery of transferable colistin resistance in bacteria in both humans and animals (Yi-Yun Liu et al., 2016).

Benefits of Reducing Unnecessary Use of Antimicrobial Drugs:

How do we overcome the problem of AMR at the hospital level?

Important steps to be taken at hospital level to contain AMR are:

Doctors have a leading role in antimicrobial stewardship, educating patients about antimicrobial resistance, and improving prescription practices to save antibiotics for the future generations. The most beneficial actions a doctor can take include:

What is the role of nurses in reducing antimicrobial resistance at the hospital level?

Nurses play one of the most critical roles in combating AMR and although they are often integrated into antimicrobial stewardship initiatives, their role has not been made clear. Nurses should take an active role in these programmes to manage antimicrobial resistance and ensure that all antibiotic prescriptions are prescribed correctly and in compliance with local and national policy. Prescriptions for antibiotics should always be evidence based to guarantee they are being used for the right reasons and will be an effective treatment for the patient.

Nurses should always make sure that their knowledge of AMR is up to date so that they can better educate patients as well as make the right decisions regarding antibiotics. In both primary and secondary care settings nurses are some of the best positioned people to be able to inform patients about the threat of AMR and help them make health decisions that are better for themselves and for society  (Ladenheim, 2018).

What is the role of pharmacists in the fight against antimicrobial resistance?