As a member of the public, you have a role to play in helping curb the growing crisis of AMR. This will be through the way you interact with antibiotics when it comes to infections in you or your family. Proper use and disposal of antibiotics is a key way how you personally can fight against AMR. Find out what you can do to help fight AMR here: 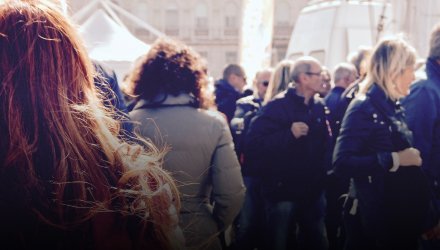 Antibiotics are the most commonly used antimicrobial drugs. They are only effective in treating infections caused by different types of bacteria; they are not active against viruses or fungi.

AMR is a serious and an urgent threat to global health as antimicrobials have been one of the key pillars of modern medicine since the discovery of penicillin by Alexander Fleming in 1928. Any of us could be the next victim of AMR. According to United Nations experts, in the next 30 years 2.4 million people in Europe, North America, and Australia could die from drug-resistant infections (UN IACG, 2019). As life-saving antibiotics stop being effective, AMR could end our capacity to combat infections and halt all surgical procedures.

Hospitals are majors hubs for the development of antimicrobial resistant agents, particularly of the ones critical for human health.

Klebsiella pneumoniae is an opportunistic pathogen that can cause respiratory and bloodstream infections in humans; new research has discovered antibiotic-resistant strains of this bacteria are rapidly spreading throughout hospitals in Europe. Certain strains are already resistant to last-resort carbapenem antibiotics, meaning these strains are considered to be extremely drug-resistant (XDR) (Nature Microbiology, 2019).

A recent study from the Centre for Genomic Pathogen Surveillance, based at the Wellcome Sanger Institute, considered patients in 244 hospitals from 32 European countries. In their survey of the Enterobacteriaceae family of bacteria, researchers were able to analyse the genomes of roughly 2,000 K. pneumoniae samples (Nature Microbiology, 2019).

In some regions, more antimicrobials are used in animals than in humans which presents a great threat for resistance in human medicine. Although data on the exact amounts of antimicrobials used in global food production is deficient or completely absent in certain areas, the data we do have paint a serious picture. In the US for example, more than 70% of antibiotics considered to be medically critical for human health are used in livestock (AMR Review, 2015).

Colistin is used very sparingly in humans as it can cause kidney failure; however, when no other antibiotics have been effective, colistin is an important last resort (AMR Review, 2016). Widespread use of colistin in animals has led to resistance in animal pathogens which has concerning implications for human health. A recent study in China has shown the discovery of transferable colistin resistance in bacteria in both humans and animals (Yi-Yun Liu et al., 2016).

Pharmaceutical pollution of the environment contributes to AMR and can occur at all stages of pharmaceuticals’ life cycle: during their production, use, and disposal phases.

China and India currently supply almost 90% of all active pharmaceutical ingredients (APIs) used globally. Industrial pollution of unmonitored antibiotic APIs in Asia is a large contributor to growing numbers of resistant bacteria in the region. This does not affect just local populations, but the entire world due to travel and trade (SumOfUs, 2015).

The inappropriate disposal of unused or expired antimicrobial drugs (i.e., by flushing them in the toilet or sink, or disposing them in household rubbish) can also contribute to the spread of AMR (Ashbolt et al., 2013).

Which common illnesses are often wrongly treated with antibiotics?

A series of mostly viral infections are incorrectly treated with antibiotics:

What should I do with the unused/expired antibiotics that I have at home?