Are phages alternatives to antibiotics? Please see below the recent research advances in bacteriophage therapy.

The Westmead Institute for Medical Research (WIMR) laboratory that Dr Lin is part of is the first in Australia to run a clinical trial of phage therapy for people with superbug infections. Dhanvi is one of 13 patients who received the treatment and her mother described the result as a miracle.

She was an active girl with a love of karate and swimming before being seriously injured in a car accident on an overseas holiday in January last year. She had multiple fractures and wounds on her leg that would not heal. “She told us she had a lot of pain in her left ankle and couldn’t walk at all,” her mother, Deyasini, said.
She was referred to see WIMR professor Jon Iredell treat a serious bacterial infection that had taken hold in her leg. “These things are hard to treat at the best of times, but when it is infected with something that’s antibiotic-resistant, you get to the point where the infection is virtually untreatable,” he said. “Inevitably, there’s a risk of losing that leg and that’s what she was facing.” Once doctors knew exactly what kind of infection she had, they did a worldwide search and found a phage that could match and potentially kill the bacteria.
“The doctor was really hoping that if it worked so well in the lab environment, they thought it would work when they give it to my daughter,” Deyasini said. The little girl was admitted to Westmead Hospital for two weeks so she could be monitored for any side effects while the treated phage was given intravenously. But she sailed through the treatment without any problems. “Within just a few months, she was able to walk,” Deyasini said.
Link to full testimonial here: ABC.net, 15 January 2021 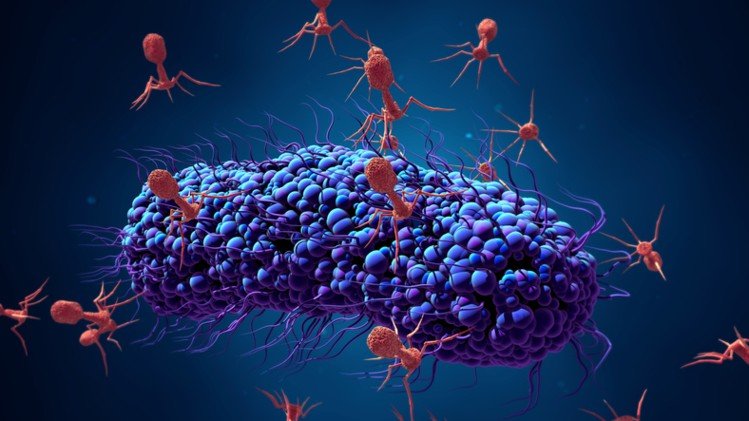 Superbugs have an arsenal of defences – is there a way around them?

Bacteriophage has an important role in agriculture and aquaculture