Home News Ready to start traveling again this summer? Watch out for “super-bacteria”
Back to overview

Ready to start traveling again this summer? Watch out for “super-bacteria”

Dutch and American researchers at Maastricht University in the Netherlands took faecal swabs of 190 Dutch travellers before and after trips to countries in South-East Asia, South Asia, North Africa and eastern Africa, and analysed the bacteria in the samples.

The team found that these travellers came back with gut microbiomes containing bacteria with many more and varied genes for antibiotic resistance than when they left. A third of the participants who travelled to Southeast Asia had a gene resistant to an antibiotic of “last resort”, for example, to treat infections like pneumonia or meningitis.” These results clearly show that international travel risks spreading antimicrobial resistance around the world,” said Alaric D’Souza, co-author of this work. Researchers were particularly concerned about travellers returning from Southeast Asia with the MCR-1 gene, resistant to colistin, a “last resort” antibiotic used when others no longer work. 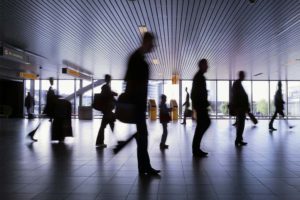