Home News Blown up by terrorist, saved by virus
Back to overview

Blown up by terrorist, saved by virus

A woman was seriously injured in the 2016 terror attacks [in Brussels]. For two years, an infection in her hip prevented any progress. Now a bactericidal virus comes to the rescue.

This article is a translation of the article from the Belgian-Flemish newspaper De Standaard by Ms Dorien Colman of 20 January 2022, ‘Opgeblazen door terrorist, gered door virus’. Quoted in this article is Dr Jean-Paul Pirnay, bacteriophages expert and Head of the Laboratory for Molecular and Cellular Technology of the Queen Astrid Military Hospital in Brussels, who addressed the AMR webinar that was co-organized by The Parliament Magazine and the PA International Foundation on 4 June 2020, including other top AMR experts and Members of the European Parliament as speakers. Thanks to Belgian law, which includes bacteriophages therapy in magistral preparations legislation, the Military Hospital can help save lives of patients carrying antibiotic-resistant bacteria throughout Europe.

700 days of antibiotic cocktails did nothing. Six days of treatment with a bactericidal virus and a lot less antibiotics, and the infection is gone. The patient’s wounds and bone began to heal. Three months later, the metal pins could come out. Now, three years after the therapy, the patient can walk again, albeit with crutches.

Her story appeared this week in the renowned science magazine Nature Communications [see the article here]. The doctors and scientists involved published the details about her treatment with phage therapy which uses viruses that infect and destroy specific bacteria. The technique has a lot of potential to tackle ‘superbugs’ that among others cause hospital-acquired infections. Their resistance to antibiotics killed 1.2 million people worldwide in 2019.

Internist Anaïs Eskenazi accompanied the terror victim from her admission to the Erasmus hospital in Brussels. Seeing that the antibiotics were failing to clear the infection on the patient’s hip bone, she recalled what she had read about phage therapy years ago. “Our patient urgently needed treatment, but we had gone through all the ‘standard options’. In Eastern Europe, doctors have long treated infections with phages, without any danger to the patient. I also found studies in animals with good results for bone infections that do not respond to antibiotics.”

During her search, Eskenazi discovered that the Queen Astrid Military Hospital in Neder-Over-Heembeek [Belgium] had a team with years of experience. She contacted Jean-Paul Pirnay (photo), researcher at the Military Hospital. “We have been researching phage therapy since 2003. In 2008 we treated our first patient with it. So we already had some experience,” says Pirnay. “We found no match for the patient’s bacteria in our own phage bank. Our partners in the Georgian Eliava Institute did have them.”

They made the bacteriophages even more efficient by ‘training’ them first. “Bacteria and their phages evolve together. It’s kind of like an arms race between the two. You can speed up that natural process by bringing them together and selecting the best phages day after day,” says Pirnay. The patient was then administered the trained viruses through a catheter to the infected bone. 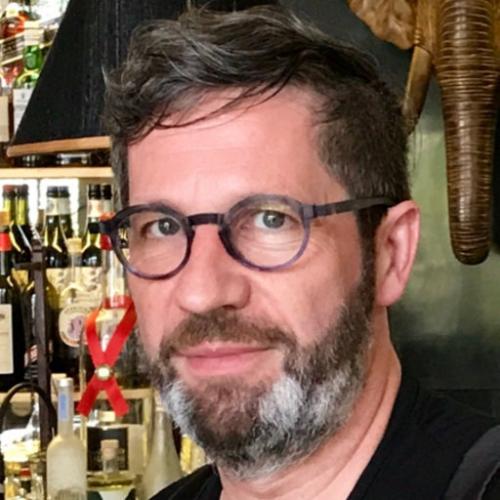 One successful case, of course, is not a clinical trial, and certainly not a clear-cut guide to massively apply phage therapy. Still, the study contributes a lot, Pirnay says. “We have shown what that training means at the genome level.” He refers to the genetic studies carried out by partner KU Leuven. “We also prove through experiments that the antibiotics and the phages we use together work together and even reinforce each other. Why our research was published in Nature Communications? Because we have carefully monitored and scientifically substantiated everything.”

It is a more Western approach than the Eliava Institute in Georgia: phage therapy has been a common medical practice there for more than a century. “I think what is happening in a more empirical way in Georgia needs to be documented more here if phage therapy is to take off.”

One request per day

Does Pirnay see a bright future for phage therapy in Western Europe? “We have to be honest: phages are not as easy to use as antibiotics. They are very specific: one phage for one particular strain of a bacterium. Many antibiotics kill a broad spectrum of bacteria. You can also produce antibiotics chemically while you have to grow phages. So it should come as no surprise that the discovery of antibiotics has out-competed phage therapy in the West.” But the issue of antibiotic resistance has turned the tables. Eskenazi indicates that she would now use phage therapy more quickly for an infection with a persistent bacterium.

What’s next? “The demand for phage therapy is there. For several years now, we have received at least one request per day. More and more people are convinced of the benefits. And there is a decent legal framework in Belgium. Phages from a recognized laboratory may be added to magistral preparations (or pharmaceutical compounding) by hospital pharmacists. But we are researchers at Defense, not a pharmaceutical company. We are really at our limit.”

Pirnay sees no objection to collaborating with companies. “We have concluded one agreement with a Belgian company: Vésale Bioscience. It takes care of the production and distribution of the phages. However, there is no exclusivity: nothing prevents us from entering into agreements with other companies on the same terms.”

Phage therapy is on the European agenda

Phage therapy is applied in various Belgian university hospitals. The medicines agency FAMHP sees phages as an ingredient for magistral preparations, medicines that pharmacists make themselves. “They are made in the Military Hospital and undergo a quality control at Sciensano”, says spokesperson Ann Eeckhout. The FAMHP has placed the issue on the international agenda. “There was little support from the authorities of other European member states to cooperate. The main argument was the lack of clinical trial results. The ongoing discussions about the revision of the European pharmaceutical regulations may provide an opportunity to draw attention to the dossier.”